Things We Binged This Week: August 11

Walla-walla hoo! Welcome back to Camp Firewood. We both binged the semi-enjoyable Wet Hot American Summer: 10 Years Later. Plus, You’re the Worst, Jeopardy! the app, and three new films.

FXX’s You’re the Worst is one of my favorite shows on television. It chronicles the relationship of Gretchen and Jimmy, two incredibly self-centered characters who are perfect for each other. They’re literally the worst. Sounds like it’d be hard to watch and root for but the writing on You’re the Worst perfectly balances humor and charm. Particularly, season 2 featured a few amazing episodes that focus on Gretchen’s depression. Season 3 continues that story arc, while adding in roommate Edgar’s struggles with PTSD.

A particularly stand-out episode comes from Edgar’s viewpoint, episode 5 “Twenty-Two”. The camera shows Edgar’s hallucinations and paranoia that linger after his tours of Iraq. He seeks help from the VA hospital, but the drug cocktails prescribed are torturous and the lack of funding/resources available is heartbreaking. We’ve seen glimpses of Edgar’s inner-turmoil throughout the show, but the main characters (since they’re the worst) never pay attention to his struggle. Edgar’s much-deserved spotlight episode gives context to his character and makes the world of You’re the Worst so much more detailed.

You’re the Worst is a fantastic example of a small show, with a small cast of characters, getting better as its seasons progress. The showrunner, Stephen Falk, knows how to create complex characters and build upon their traits overtime. It’s fantastic and I’m happy to say season 3 is on Hulu and season 4 premieres on FXX on September 6.

My gaming style is: get really addicted to an iPhone app for a week or two, play it constantly, then get bored and delete it from my phone. Jeopardy! is my latest obsession. I love game shows, especially trivia-based ones, so its ideal. There are a lot of ways to earn fake money, gold bars (?), and level-up. The app itself is incredibly convoluted. Its design is super busy and the special effects are loud, which I find strange compared to the relatively minimal design of IRL Jeopardy! Regardless of its gaudiness, it’s addictive.

The Wet Hot American Summer franchise is famous for its now star-studded cast, absurd humor, inside jokes, and self-aware mockery of 1980-90s films. The original film has become a cult classic, revived on Netflix in 2015 with a prequel series Wet Hot American Summer: First Day of Camp, hilarious and gratifying for its fanbase. Last week, Netflix released a sequel series, Wet Hot American Summer: 10 Years Later. While the sequel series lived up to the absurd, insider humor we’ve come to expect from the franchise, for me, the series wasn’t as rewarding as the prequel. I’m happy to embrace the insanity of Michael Showalter and David Wain’s writing, but this one didn’t feel as coherent as the last two installations. It’s binge-worthy, for sure, but I didn’t find myself laughing out loud like I normally do. I’ll let Michelle weigh in with her thoughts, below!

Alright, so I will agree with Lane on the weakness aspect of the sequel series, but I still enjoyed it. Taking on the absurdity and placing much more emphasis on the “satire of the satire”, 10 Years Later is the longest joke thread. Using the extreme references of the decade, each character looks like an exaggerated versions of themselves. There’s puns, literal representations of the joke, and still the exploitation of tropes, but it never feels as strong as it should. It’s rough in some areas, and it feels dragged out, but you feel when the punchline hits. My biggest problem with this particular series is the fact that it feels distracting and it never feels like it’s focusing on the characters we love most. It’s still something to binge, roughly 3.5 hours in total, but it’s clearly the farewell to our favorite campers and the spot we always wished we could’ve spent our summers at.

2. A Week in Film: A Ghost Story/Landline/The Glass Castle 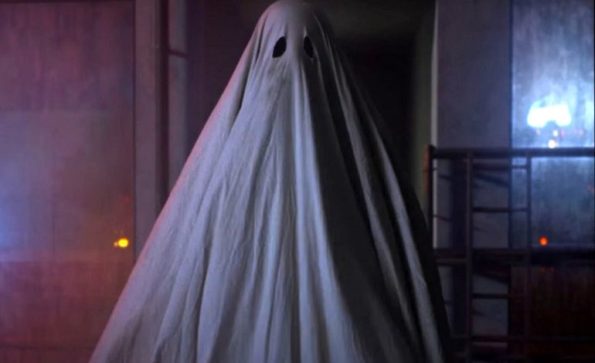 A Ghost Story is deep, slowly paced, and intimate. The film takes you through some uncomfortable silences and long winded shots to help you sit with the unreasonable, unsettling questions of why we’re here, who we are, and where we go when we die. Rooney Mara eloquently brings her heartbreak to the screen and truly engages with the audience with her evident aching. I saw the film twice and each time I heard the audiences have their complaints about the film’s approach. Too often audiences aren’t prepared for the arthouse aesthetic of a film, especially one with David Lowery in the director’s chair. It’s beautiful though, please go see it. PS: Kesha shows up, you’re welcome.

The second film I saw this week was Gillian Robespierre’s (Obvious Child) Landline. Starring Jenny Slate, who also starred in Robespierre’s freshman debut, the film rides on one linear concept: we’ve lost the simple ability to engage with one another and life was easier to handle when we had no other choice but to interact with each other. The film is set in the 90s and is very faithful to the decade it strives to illustrate. However, the film still feels like it’s a resident of the present. Maybe that comes from the fact that the style of the nineties pairing with the nostalgia brewing in all of us who lived through it, but the film helps keep 1995 close. The linear narrative and most consistent character comes in the form of communication and how easy it is to mess that up when we’re addressing issues, complexities, etc. The film plays out like a short television series and the timing of the humor often mimics that of a sitcom. Each “episode” or incident of focus within the film is rooted in the confusing nature of relationships, both strong and strained. How we engage, how we tackle roadblocks, how we handle our innate curiosity, and more are all interwoven within the arcs of each of its charming characters. I enjoyed how the film would feel messy on occasion, because I think it brought something tangible to the story and allows for some intimacy to develop between the audience and the characters. Family dynamics are strange, and no one family is the same. This is something Landline dives into and executes well. If you loved Obvious Child, I’m confident you’ll love Landline too.

The third film I was able to see this week was The Glass Castle. I’ve been itching to see all three of these films, but The Glass Castle has been a project I’ve had my eyes on since the announcement of the acquisition of the book rights. Starring Academy Award winner Brie Larson (that’s never going to get old), The Glass Castle is an adaptation of Jeanette Walls’ memoir of the same name with Larson in the driver’s seat. A film that speaks to family dynamics, pain, growing up, finding ourselves, and never losing sight of the person we are, I won’t front with you when I talk about how emotionally impacting I found it. I laughed. I cried. Ok, actually, I sobbed. The narrative is enough to stir up those emotions, but the brilliant performances from the cast (excluding Max Greenfield) were what really oriented my viewing experience.

Larson, Woody Harrelson, and Naomi Watts lead the film with their veteran status, but it’s the new, fresh faces of the younger Walls children that blew me away. Ella Anderson and Chandler Head match Larson’s talent and keep Jeanette’s tough, driven spirit alive through each period in her life. The supporting cast who bring Walls’ siblings to life are just as impressive. It’s significant that these performances are extraordinary because it allows for an unbreakable thread to exist and hold the film together as a complete package. The narrative never derails. The timelines make sense. The lives of these characters never experience the rush or exploitation some films end up doing. It’s just a fantastic piece of cinema.

Directed by Destin Daniel Cretton (Short Term 12), Cretton explores the emotional complexities of Walls’ relationship with her father and focuses on the tiny pieces of a person that may be overlooked when we step back to see the big picture. You can feel his compassion and respect for the original story seep through his direction, which is what I believe provides the room and freedom for these performances to develop and translate on screen. Call me crazy, call me biased, but I’m starting my unofficial Oscar campaign now. #BrieForBestActress2018 #WoodyForTheWin #InWallsWeTrust