Our Top 5 Orange is the New Black Moments

Orange is back and we’re revisiting our favorite moments from the last four seasons! Don’t read if you haven’t watched through season 4, okay? Spoilers ahead. 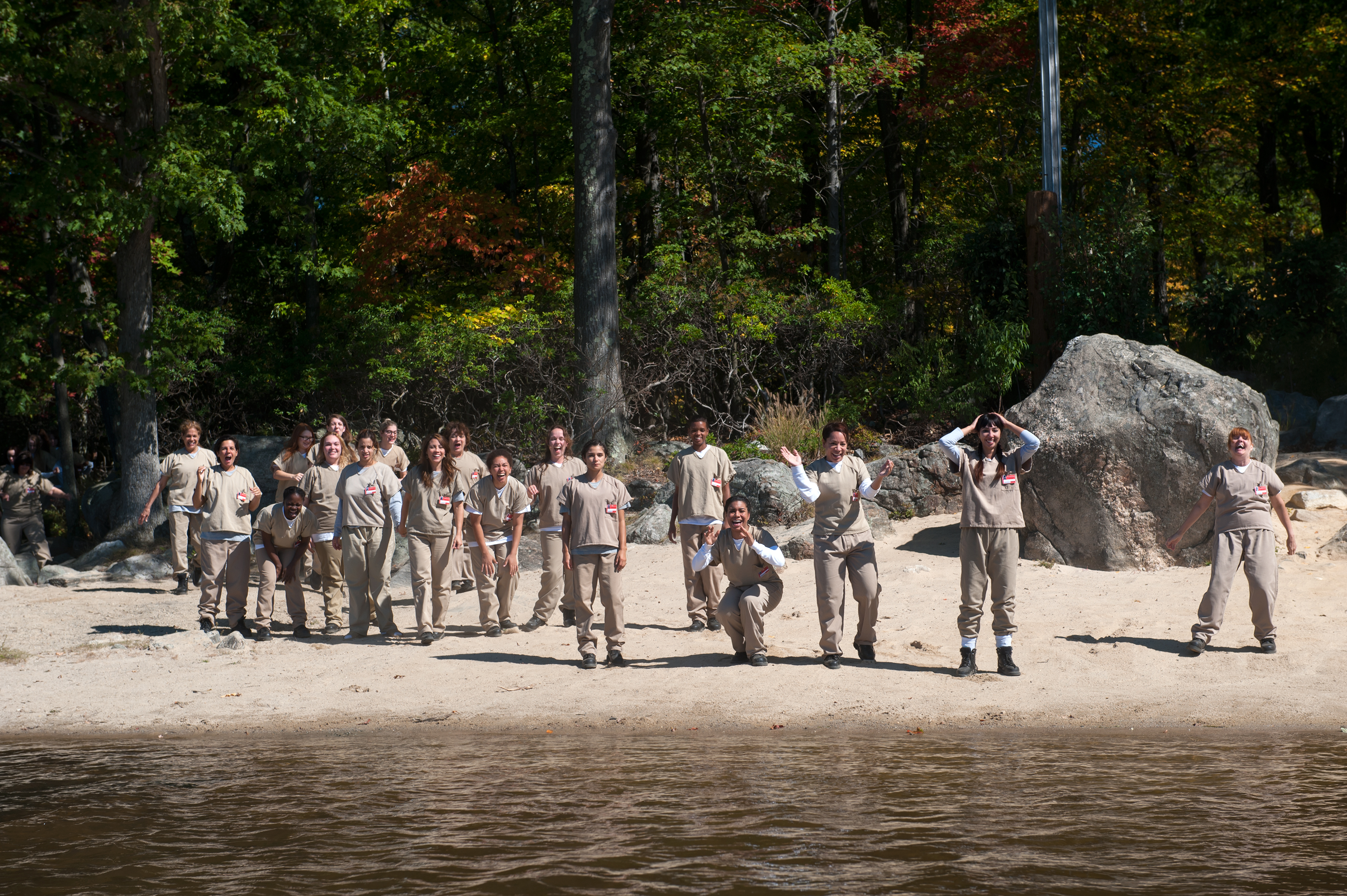 2. The Story of Lorna Morello and Christopher: S2E4

Morello is a charming character who sometimes overwhelms the people around her with her constant need to talk and obsessive discussions. For the duration of our relationship with the character before this moment, we saw her as this semi-delusional, idealistic woman who really loved her fiance Christopher and just couldn’t get enough of him. What we find out is that Christopher maybe isn’t the guy we thought he was. In a suspenseful, carefully crafted scene, we discover that Lorna has created a fictional life for her and a man who has dealt with her unwarranted obsession for years.

“Mother’s Day” is a fantastic example of what OITNB is capable of doing: including their collective of talent found in their cast. An episode that not only humanizes the inmates, more specifically, Pennsatuckey, “Mother’s Day” gives a platform to the narratives of almost all of the notable inmates. It also highlights the varying perspectives and developed relationships each of these inmates have with their mothers, which is something that was necessary to expose. Through flashbacks and present day scenes, an understanding of the women in Litchfield and the diversity among them is constructed and received.

Suzanne “Crazy Eyes” Warren is one of my favorite characters ever written for television. The exploration into Crazy Eyes’ former life and the reasons behind her sentence have been blurred from time to time because the show rocks between revealing her darker side through rage and explosive tendencies and her softer, heart of gold that is often exploited by the other inmates. It’s hard to fully grasp Crazy Eyes and for awhile it was easy to just simply laugh her scenes off and find humor in her over-the-top persona, but there’s still a story there and we finally get a glimpse of it in “Hugs Can Be Deceiving.” I appreciate this episode so much because of it’s depiction of mental illness and not only the struggles of the individual with mental illness, but the people in their lives who try their best to manage and sometimes, walk away unsuccessful.

Lane: After an extremely sad penultimate episode, we see Poussey’s night out before her arrest. Samira Wiley’s performance in these carefree, beautiful flashbacks are uplifting and heartbreaking. Her final look, breaking the fourth wall, haunts me.

Michelle: Lane pretty much covers the reason for this episode’s lasting impression, but there’s something about that final look that reassured me as a viewer. I knew Samira Wiley was leaving for new projects, which ended up being her character on The Handmaid’s Tale, but I was afraid they would never hold up to the standard of performance the character Poussey has set. I was scared, but that final look reassured me that this wouldn’t be the last time we see her, and when we do, we’re going to love her just the same.