February 17: Things We Binged This Week

Michelle and I are both binging on the return of HBO’s Girls – plus big cultural moments and music recommendations!

I was extremely upset that Beyonce didn’t win Best Album. This may seem like a misuse of feelings but it felt like another blow to my psyche. Adele’s heartfelt speech partially made up for it, but it can’t take back the institutional racism that exists within the Recording Academy.

2. Next season of The Bachelorette

Speaking of institutional racism, you may have heard that the ABC Bachelor franchise has chosen its first woman of color, Rachel Lindsay, to star in the upcoming season of The Bachelorette. There have been many think pieces since Monday’s announcement and the ramifications of this choice gives me a lot to ponder before the season’s debut.

Girls and Last Week Tonight with John Oliver are back! I was on a self-imposed Lena Dunham hiatus until the debut of Girls’ final season and now I’m devouring everything I’ve missed since last fall. Both shows had a wonderful start to their seasons and I’m ready for Sunday nights with Girls and John Oliver.

1. The return of Girls 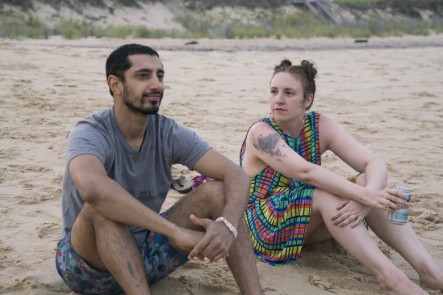 First episode of the final season was the perfect way to kick off the season. Varying dynamics between characters, Hannah’s finally published and has an upcoming journalism piece, the mature, understanding relationship between Ray and Shoshanna, and um, Riz Ahmed. It’s nice to see that everyone seemingly has their shit together, and I say that generously in reference to this cast. I’m excited to see more, but feeling more anxious that my final goodbye is weeks away.

I’m such a sucker for teen dramas, so it’s no surprise that I’d end up watching Riverdale weekly. It has all of the best and worst qualities of your standard high school drama mini-soap opera, so you’ll feel comfortable with the relation to The O.C., Gossip Girl, One Tree Hill, Pretty Little Liars, Twin Peaks, and more. The show is based on the Archie comic series, and stays loyal through characters’ names, general look, and really thin lines to the narratives. It can be as ridiculous as it sounds. I also strongly identify with Jughead, who in the comics is asexual, a detail that the creators of the series decided to keep out of his storyline. What has really kept me thinking about this show and wanting to come back each week are the two stars who play Betty and Veronica (oh, and that awesome soundtrack each episode). Betty (Lili Reinhart) and Veronica (Camila Mendes) are dynamic and have great chemistry between them. I have my problems with it, but it keeps me coming back, so it must be doing something right. PS: Barb aka Shannon Purser is alive!

I mean, do I really need to go into detail on why this was the most bizarre hour or so of a president answering, excuse me, evading questions.