I love football and spectacles, so this was a lot of fun (except when the Falcons lost)! I enjoy big cultural moments, Twitter, post-watching conversations, and snacks so the Super Bowl ticks all those boxes for me. 10/10

Is it surprising that I watch The Bachelor? Okay, hear me out. The editing is hilarious, I love the drama, I love group-watching/hate-watching things, I love fantasy leagues, and I love relationships. The Bachelor has all of those things. ABC created an official Bachelor fantasy league that is way too much fun. Every week my coworkers and I dissect the promos, make our best guesses on what will happen in the episode, who will be in the final four, and who will be sent home. This week’s episode has been called “the red wedding of The Bachelor” so you know I’ve been all over the internet looking up weird theories, reading fake Twitter accounts, and finding the best memes.

I’ve been experiencing some extreme depression since the announcement of the final season of Girls, and now more than ever, I’m really hurting. Recently the cast have been on a press junket and even took the cover of Hollywood Reporter. Stories from their time on set, where they are all headed in their careers, and how much they will miss each other is really tugging at my heart strings. On the most recent episode of Inside the Actor’s Studio which aired on Thursday, the four women talk about their backgrounds, experiences on the show, channel their characters for James Lipton, and relive their favorite scenes. The adoration and love they all have for one another is so evident as they sit in front of hundreds of students and Mr. Lipton himself. The premiere of the final season of Girls airs this Sunday, February 12 and I’m not sure I’m ready for it.

This episode of SNL wasn’t the best of the season, but we were definitely gifted with some quality moments this past weekend. From Kristen Stewart’s live F bomb and the cast’s reactions to it, the brilliant 80s influenced “Welcome to America” video, and of course the unbelievable, fantastic, spot on impression of Press Secretary Sean Spicer by Melissa McCarthy.

And although all of those things were great and genuinely funny, this was personally, my favorite. This wasn’t the first time we saw a Totino’s commerical spot from Vanessa Bayer, as the loyal wife to a husband and his friends while they watch a game, but it was without a doubt the best.

Here’s to a Pizza Rolls Valentine’s day:
Roses are red
Violets are blue
I’m looking for my Totino
And I think it could be you.

Because Dippin’ Dots is not the ice cream of the future 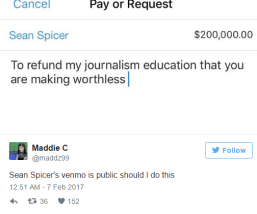 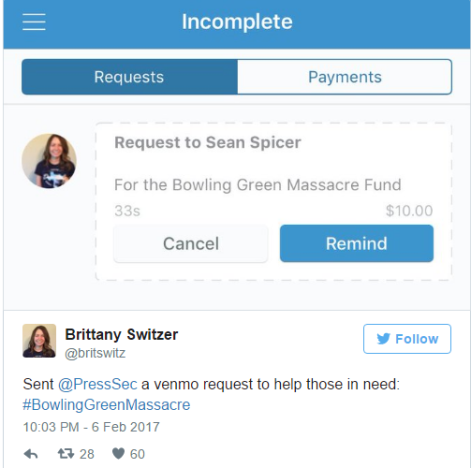