It’s been a difficult week, y’all. Here’s what we read/listened to/watched this week.

Warning: Mine’s political and short this week. Things are changing and my media consumption reflects that.

I participated in the Women’s March on Austin last weekend and felt empowered and hopeful for the first time since November. For the rest of the day on Saturday and all day Sunday I scrolled through my Twitter, Facebook, and Instagram feeds and basked in the funny and beautiful photos from sister marches all over the world. Little did I know the decisions made by our new president in the days afterwards would be such a buzzkill… But for that one weekend I enjoyed seeing pussy hats, intersectional feminism, kids, clever signs, and hints at potential progress to come. 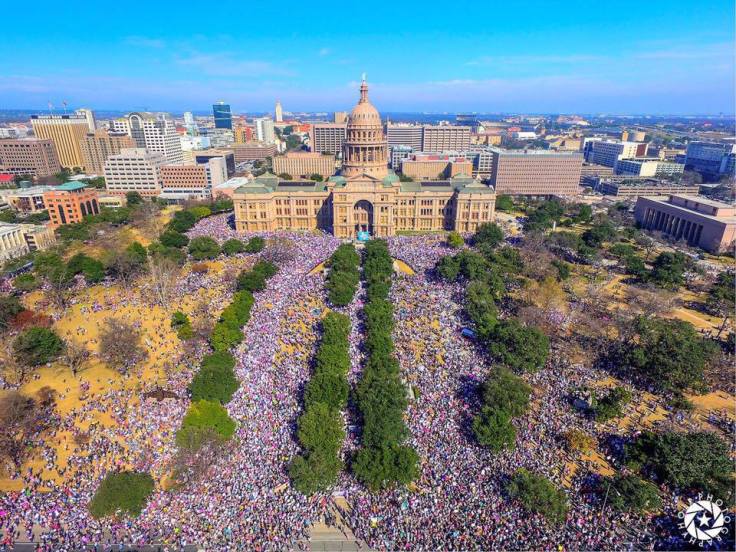 I’ve called my senators every day this week. Binging on #woke.

I regret dismissing this show. I thought I didn’t like Billy Eichner because I thought his persona was his person. My bad! After another illuminating Terry Gross interview, I realized he’s hilarious and brilliant. Thank god, because this show is hilarious. And, more importantly than my realization that I don’t hate Billy, Julie Klausner is the true winner of this show. Her writing is so sharp. Why did I dismiss this show so quickly? I love its commentary on Hollywood and its guest actors. I’m thoroughly enjoying my exploratory binge of Difficult People‘s first two seasons!

I got weird this week, my obsessive behavior was at an all-time high this week, so please forgive me.

I would like to say I don’t know how this happened, but that would be a lie. After watching Greta’s captivating performance in 20th Century Women last Friday, I haven’t been able to stop thinking about all of the roles I’ve loved of hers. So, I decided to have a mini marathon. This consisted of rewatching 20th Century Women, Frances Ha, Lola Versus, and Mistress America, and I’m really glad I did. All of those characters are complex, anxious, bold lost, curious, and still figuring things out, and after a scary week of watching the government turn its back on us, it was nice to be in their company.

This debuted on HBO this Monday, and I immediately watched it on Tuesday when I had some free time. Wow. You see this happen all of the time. The influence of the internet, media, etc. on kids who feel disconnected from the world, but the Slenderman story takes it to another level. It’s bizarre, but it really puts things into perspective in terms of a generation that has grown up completely in front of a screen and the lack of consideration and attention on mental illness. It made me curious to learn more about the origin of the story, revisit CreepyPasta, and research the reactions people had to this headline about two 12 year old girls stabbing their friend multiple times in an effort to please a fictional character. I was a little shook after I watched it, but I definitely recommend it.

This film. It’s a really great coming of age, high school film that takes the genre and brings it back to life while standing out from the mix. I saw this film last year, and loved it, but I didn’t get the full experience. However, after AT&T offered its subscribers a free year of the new streaming platform Fullscreen, I saw the film was available to stream so I hit play. More people should see this movie, because it really captures the awkwardness of being a teenager and the moment you fall in love. Throw in a queer narrative behind it, and it’s a very raw, real and intimate viewing experience as a young woman discovers herself through coming out. OH! and it features “Anthem for a Seventeen Year Old Girl” by Broken Social Scene which took me back like 15 years and gave me all the feels.

I watched it three times since, and I’m just in awe at some of the subtle things director Karem Sanga did in order to bring this story to life and not overdo it. I won’t spoil the film, because I want everyone I know to see it, but there is a particular moment that takes place in a bar that gave me chills. The colors, the shots, the camera, the acting, the minimal dialogue…all of it will bring you back to the moment you first fell in love, and it’s a very bittersweet moment. Also, Dylan Gelula (aka Xanthippe from Unbreakable Kimmy Schmidt) is fantastic as Anne, and the supporting cast, including Brianna Hildebrand, Pamela Adlon, Mateo Arias, Tim Heidecker, Erik Griffin, and Cameron Esposito, around her fits perfectly.